In the Beginning Back in the early 60’s a senator, Gaylord Nelson, became concerned that there wasn’t enough being done about environment issues. Inspired by Vietnam protestors, Senator Nelson decided to do something about it. Earth Day became official when he organized a nationwide demonstration on April 22, 1970 to promote awareness. About 20 million Americans participated in that very first Earth Day. The demonstration helped bring about the United States Environmental Protection Agency (EPA). 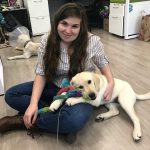 Andrea came to us when she was looking for an animal organization to volunteer at after her career changed from working with animals to working at home behind a desk due to COVID. She stumbled upon FANS through an internet search. Andrea is part of our morning feed and clean crew, where she comes to the farm once a week and takes care of feeding the animals and cleaning up their feed areas and habitats. 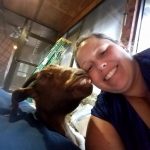 by Sandra Krug Carrie Burns has been a resident of Manatee County for most of her life. She became involved with Farmhouse Animal and Nature Sanctuary (FANS) because her parents, Dave and Lisa Burns, run the rescue. Carrie always had a love and a soft spot for animals. She knew right away; she had to be around them. Carrie serves on the Board of Directors for FANS. Since moving to Lakeland Carrie switched from being 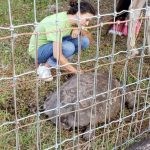 Volunteers play a strategically important role in animal rescue. It also gives you the chance to contribute every day to the kind of community and world in which you want to live. Cara was in a local community Facebook page and saw that they were looking for items to auction for a fundraising event. Being a groomer and loving animals, she chose to offer a gift certificate for her services. After speaking in length with 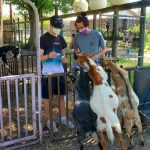 In honor of National Volunteer Appreciation Week, April 18-24, we will be showcasing several volunteers throughout the week. Our volunteers are the lifeblood of our organization and even though we don’t have time to share all their stories, we appreciate every one of them. We’d like to kick off the week by introducing you to a group of amazing young adults who spend their free time making a difference in their community and beyond, including

By Sandra Krug Did you know April 11th was national pet day? At FANS we believe every day should be national pet day. Check out why having a pet in your life can be beneficial to you and the animal you choose. Living with and caring for an animal (pet) involves a lot of responsibility. But there are so many advantages of keeping a pet that I think everyone ought to think about it. The